from Presence, Power, and Profit

How To Use “The Power of Yet” to Unlock Unlimited Success

“And the day came when the risk to remain tight in a bud was more painful than the risk it took to blossom.” _ Anaïs Nin

Michael, a high school student in our neighborhood, used to babysit for the family next door.

In the afternoon, I’d always see him bringing his books with him when he came over to watch their kids.

One time I had a chance to talk to him when I took out the trash at night and he had just finished babysitting.

I asked him how he managed to squeeze in studying and his part-time job at the same time.

I pointed out most kids I knew didn’t have to work at all and seemed to study less than he did.

He said, “Yeah, it’s kind of tough having to earn money and hit the books at the same time…but I actually kind of enjoy it. Is that weird?”

That moment gave me a chuckle but didn’t think much of it years after.

I learned from other folks later on that Michael made his way through college and graduated at the top of his class.

He came from the rougher part of town and his family didn’t earn a lot, so I remember feeling really proud of him when I heard the news.

Carol Dweck, Professor of Psychology at Stanford University, made a profound discovery that shaped her future work…

In one school, students who didn’t pass the required number of courses were given a grade of “not yet” instead of a failing mark.

This idea intrigued Carol because it meant students who got that grade were not failures.

They simply hadn’t completed the learning process YET, and only had to keep at it until they did.

In her talk, Carol discussed a series of studies they did on children at school to observe how they reacted to difficult problems.

For instance, she gave a group of 10-year-olds a series of questions that were slightly too hard for them.

The reactions among them were divided.

According to Carol, about half of the students “acted in a surprisingly positive way.”

They LOVED the challenge because they knew their abilities could be developed as they learned to tackle the questions.

They had what Carol referred to as a “Growth Mindset”.

As for the other students, they treated the test as a tragic catastrophe.

They simply weren’t equipped to deal with the challenges given to them because they had what was known as a “Fixed Mindset”.

The study found that they were likely to either cheat next time, or find someone who did worse to feel better about themselves.

I have to admit that I used to act and think like the latter half of those students.

There was a time in my life when I crumbled under pressure instead of embracing the challenge and the growth it could offer me.

But I know better now.

The Power of Yet vs. The Tyranny of Now

When I started on my Manifestation Journey, I realized that difficulties in life were meant to shape me into a better person.

…instead of being stuck with the emotions I felt at a given moment.

Carol describes these contrasting concepts as “Luxuriating in the Power of Yet” and being gripped in “The Tyranny of Now”.

Michael is one such example of a person going into a challenge headfirst instead of shirking away from it. He definitely has the Growth Mindset as we all should.

As for myself, I’ve been trying to do the same. I’ve accepted growth and learning is a never-ending process, even as I celebrate the milestones along the way.

Scientists Call This The ONE MOST IMPORTANT Quality for Success (VIDEO)

How do you Unlock The Power of Yet?

Maybe you’re struggling on some level to escape the grip of The Now so you can break into a Growth Mindset.

What matters is that your desire and commitment to move in this direction.

Now, the process of maturing into a wiser, more resilient individual is a whole other topic in itself.

You deserve the power to attract limitless success easily and naturally to ANY area of your life.

For now though, here are the core basics to give you a general idea:

#1: Set your sights on new projects, goals, and endeavors.

People who practice the idea of “Not Yet” don’t stop at accomplishing just one thing.

They’re either building on what they’ve just done…

…or set out in new, exciting directions and learn new things in the process.

In other words, they never fall into a sense of complacency.

They’re always hungry for the next goal to work on.

Some of it is flattering, but most of it will be painful to hear.

People’s opinions are their own, and a negative one does not equate to failure.

Filter out the deliberately hateful criticism and accept the valid, constructive kind.

Your ego may sting a bit, but push past those feelings and LEARN from your mentors and colleagues.

There’s growth in pain, after all.

#3: Forget talent, EFFORT is where it’s at

Carol’s research has shown that praising talent and intelligence DOESN’T help people in the long run.

Those who are used to being complimented on being smart tend to REFUSE challenges outside of their comfort zone.

If something truly challenged their abilities, they would rather avoid it than test their limits.

And if you shut the door on opportunities like these, there’s little room for growth and improvement.

So drop the thinking that talent is the end-all, be-all when it comes to success.

Natural talent can only get you so far – those who have it are not automatically destined for greatness.

There are far more important factors at play, such as effort, strategy, and progress.

Anyone can DEVELOP these characteristics – it’s just a matter of choosing to take this path to growth.

How to unlock your own talents through Personal Magnetism…

#4: Perfection is the enemy

It’s good to aim for success, but it can be dangerous to ignore the lessons of failure.

Even as you strive for excellence, you should still appreciate the learning experience that comes from your mistakes.

Whether you win or lose, always take a step back and ask yourself the following:

“How can I do better next time?”

“What worked and what didn’t?”

“What did I learn from the process?”

Remember, victories and defeats are equally important in the big picture. Pay close attention to both and you’ll be the wiser for it.

#5: Celebrate other people’s success and LEARN from them

Fixed Mindset people are resentful when their peers surpass them.

And when they fail, they turn their attention to the failures of others to lessen the blow to their pride.

Having a Growth Mindset means allowing yourself to be INSPIRED by others.

People with this mindset think to themselves, “Hey, if they can do it, so can I…”

But then they follow up this with, “By the way, HOW did they do it?”

Then they get to work and learn from the masters.

As Isaac Newton once said, “If I have seen a little further it is by standing on the shoulders of Giants.”

Ego is the enemy.

When it takes a backseat to a hunger for learning, you’ll get further in life.

But the one thing I learned from success is that on some level, it can be an illusion.

I thought I had everything that anyone else in my shoes would want.

But over time, those superficial aspects of my “successful” life were just a shell.

Before I knew it, I felt empty inside.

On the surface, I had a good business going, a great relationship and it looked to everyone like I was on the up and up.

Underneath all that, I was stretched thin and felt burned out all the time from my demanding life.

Add several thousand dollars of debt and deep-seated insecurity into the mix, and I felt like a fraud.

I was no longer growing as a person – I merely EXISTED.

I knew I had to stop slaving away 24/7 just to keep up the appearance of an Instagram-worthy life.

I wanted to live an enriching, abundant life, but I didn’t want to crush my soul to have it.

That’s when I discovered the secret behind The Secret…

It was the missing piece of the puzzle that allowed me to unlock the REAL power of the Law of Attraction and the TRUE key to attracting limitless success.

Some call it “The Lazy Person’s Secret”, but the truth is that it’s a psychological principle that allows you to use your body as a medium…

…to attract all the happiness, success and abundance you could ever want in this lifetime.

If you want to learn more, here’s a video I recently uploaded that explains it at all: 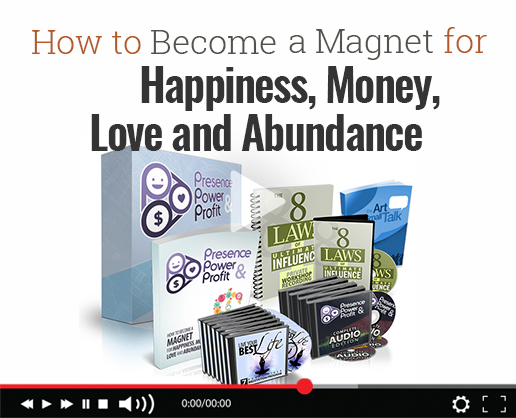 Discover why some people seem to naturally attract wealth, success and happiness into their lives. Learn how to unlock “personal magnetism” which makes... 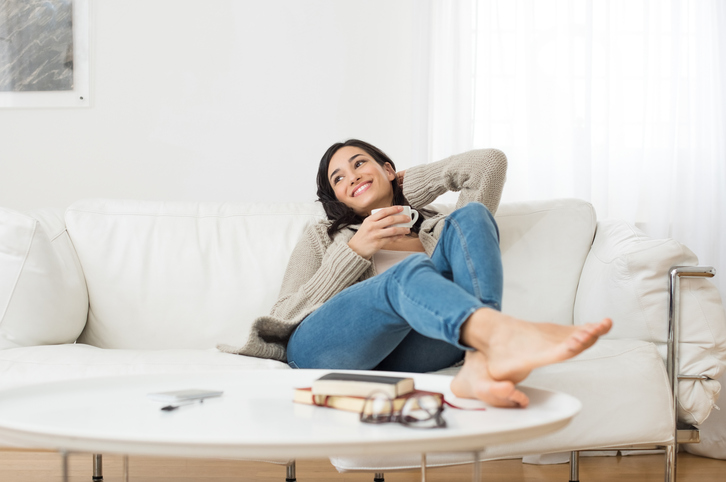 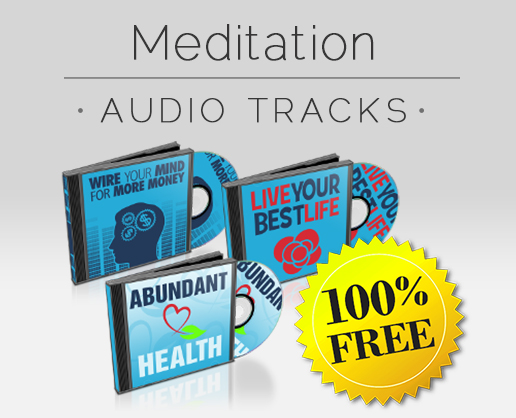 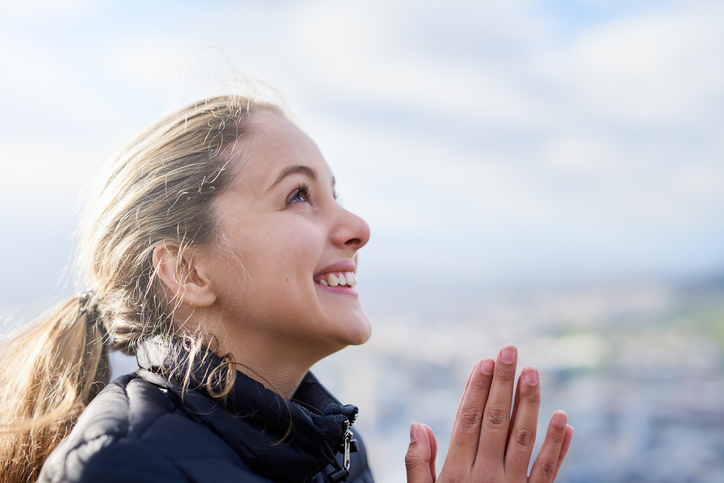 How to Change the World in 5 Ways

Here are 5 ways you can empower yourself, eliminate that feeling of futility and be an agent of change...